The work began before this land found itself under siege
The Pythagorans had for years made plans to unwrite Democracy
Preparations were made, the program laid, the foundation of the
Resurrection Council. Recreating the Masters and establishing
The Pillars to raise the rafters of the New Academy, usher in
The return of the teachers who yearn to create the Grand Republic
Set up the schools and the camps to produce the students
Who will grow into the proffered New Guardians
Teach them Mathematics and Gym, Philosophy and Science
Delete the Poetry and Tragedy; purge the Literature completely
Take up arms in defense of their fledgling government
That will rise from the ashes of these books
Do away with the old Democratic modes
Whose Freedom runs too freely in these streets
By The People who’ve overstepped their obligations to live
Their lives for the Better Good. The truth is under siege
In this Land of Liberty and must be culled for the New Prosperity. 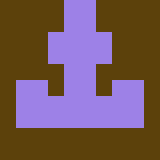